The concluding session of the LA Games Conference, ‘The Growth of Mobile Games: What's Next in Creativity and Innovation’, provided an excellent review of the history of mobile gaming and the increased growth during the pandemic.

The panel was made up of those that oversee mobile developments, executives in technology and one ’40 under 40’.

The moderator reminded the audience that the estimated worth of mobile gaming was $68.5 billion by the end of 2019, with 31 billion downloads in Q4 alone. Gaming is second largest industry in world and mobile gaming equates for almost half of that.

The panel noted that the mobile game industry is seeing marked movement in the amount of play time across the whole portfolio of games, but this particularly pronounced in the casual space.

Given that the figures suggest exponential growth during the pandemic (62% increase in play time and 30-40% increase in spend time), this is an exciting time for mobile gaming. Consumer patterns have changed a lot in last few months and will continue to evolve over next 12 months. The potential for incredible growth is obvious and a new wave of creative innovation is very much expected.

All agreed that the world is going through a unique time at the moment. The pandemic is in every country and at the forefront of all conversations. Therefore, developers must act with awareness and empathy when interacting with audiences. Particularly given that they now have access to a new audience looking for entertainment that may not consider themselves to be traditional gamers (although they do tend to demonstrate the same behaviours as existing gamers). It is also an opportunity to re-engage lapsed players.

Games in general can provide a safe refuge for its players trying to forget the realities of the world. The opportunities available to mobile game developers speak for themselves, but developers must be mindful. Now is not a time to take advantage of the situation but to provide more entertainment, distraction and help to users.

Of course, play time (and associated revenue) is king. However, the panel all commented on wanting games to be a safe, authentic and engaging outlet for customers. They also want to continuously surprise and delight players.

There are a number of different initiatives throughout the gaming industry, but the panel made specific reference to ‘Play Apart  Together’. This initiative is supported by the World Health Organisation and is intended to share the importance of social distancing and proper safety measures via video games.

This ties with with games positioned as benefiting social behaviours, which are seeing a real increase in users and play time. This was true even before the pandemic and creating a game that allows you to engage the player community with a cause is a ‘double win’. Typically, players that are engaged with charity giving games feel rewarded and tend to play for longer. It also allows companies to engage with a different audience.

In April 2020, users playing casual games increased. The panel feel that this in fact shows that the definition of a gamer is changing and that the lines between core and casual players are blurring. The definitions of core and casual users are largely outdated, with some users potentially falling into both categories.

That said, the current causal consumer is typically concerned with relaxation and escape when playing (ideal in the current climate). These users focus more on validation and cooperation rather than competition. However, competitive play can be a great revenue and retention source.

One panel member even argued that everyone’s definition of competition is different. Mobile games are inherently competitive and the user, even if not aware, is playing competitively (eg beating your own score) . It is the common thread that makes gaming unique in the entertainment space.

It was agreed that an element of competition makes sense in the causal space. However, developers need to look at how to make it more co-operative so that it feels much more rewarding for consumers.

The panel all commented that developers had to rely on a mix of directed and organic initiatives.

Directed initiatives included being able to leverage real life events and dates during the gaming experience, as well as reaching out to players and asking for feedback. However, the impact of organic initiatives cannot be missed. Word of mouth has been phenomenal for discoverability; “what are you playing” is a natural conversation that people are having.

There is already a blurring of genre games and user definitions and this expected to continue.

Further, users increasingly want to play games across many screens/platforms. They want a more in-depth experience. Games are a sticky, retentive experience and many new (and old) social media platforms are keen to be involved from the beginning.

The panel concluded this section by suggesting that the gaming industry may no longer be defined by a particular platform (eg mobile) in the future.

The dialog around revenue, and trying to create new revenue, was very interesting particularly in view of the rise of causal games that classically rely on traditional advertising revenues.

The panel agreed that there has been a pullback in traditional advertising (particularly from the retail sector), so developers now need to be creative to benefit from the increased user growth, aside from the usual direct purchases and in-game monetisation. There needs to be a blended mix of new and traditional revenue streams.

A number of developers are migrating away from the traditional advertising models. For example, one panellist develops games solely based on competitions (and monetising the competitive nature of the game) and noted that they had seen revenue growth in line with usage growth.

Another panellist noted that they had seen an acceleration in offline brands looking to build a more meaningful digital presence. Therefore, deeper brand integration is expected.

The mobile gaming industry is evolving every day and therefore developers need to allow for fluidity in their strategies. Where developers have been fortunate enough to reach new audiences, they need to strike the right balance of being authentic and creating revenue.

Every sign is that the mobile games market has continued to grow during the pandemic. Nearly every metric is up — in-app purchases, engagement, conversion rates and ad demand – and it’s translating into revenue. However, creativity and innovation is needed for growth to sustain for the long-term. This panel of industry leaders will discuss where the next wave of creativity and innovation will come from and how they see the industry evolving during the pandemic and beyond. 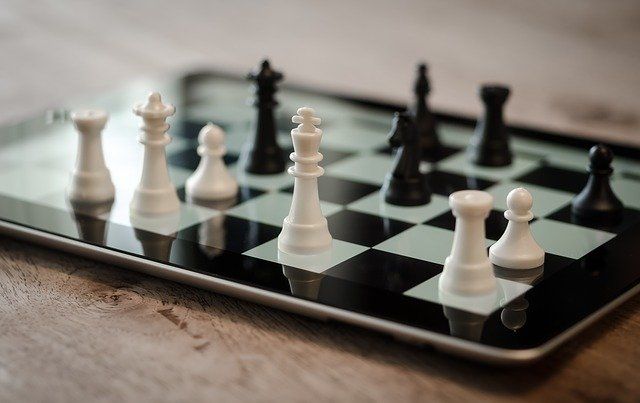