The second session of the second day at the LA Games Conference, ‘Creating Blockbusters: The Role of Games and Interactivity in Developing Entertainment Franchises’, looked at how storytelling and interactivity has developed overtime in the gaming industry.

The panel was a mix of gaming and entertainment studio representatives, as well as a partner of one of the largest toy companies in the world. The discussions were insightful and well considered, looking at all aspects of storytelling in games and the connections this creates with audiences.

The first discussion was around how audience members (gamers) are becoming much more “emotionally committed”. Game concepts were previously borne out of new developments, but as technology growth may be slowing in this area, game developers are turning to more compelling narratives. You also need to consider your player base and their expectations; some care about backstories, others don’t.

The key to success is ensuring that the game tells a complimentary story to the related media, be that the movie, comic book, novel etc. This was first experimented with during the Matrix game, which ran alongside the film, and is being perfected in the Marvel cinematic universe. Transmedia storytelling is really coming in to its own.

How do you decide which transmedia vehicles work for a particular story and which don’t? Firstly, what media do you have to hand? It’s great if you can utilise various medias, but it may not be possible. Therefore, you have to look at what will work best for the individual game. For example, if your game has a great visual component then you may want to start with a comic book as a launch point. Essentially, you need to be prepared for a change in tactics and connections between the different medias.

In ensuring audiences are emotionally committed, particularly in this digital age, allowing audiences to participate with the storytelling is vital. Be that in game storytelling/content or external content/social media. As is considering and acting on real time feedback. However, whilst you need to enter in to a dialog with the fanbase, you need to be careful not to try to please everyone. Otherwise you may be “reduced to a bland soup” as one panellist put it. It’s a relationship with back and forths.

When considering consumer expectations, you need to understand what the backstory is to the IP. Is it a malleable world? Younger franchises may allow for pliability between creator and audience (creating a new set of problems; what are the norms for example), but older franchises may be limiting (sometimes by the audience itself) and reduce the ability to react quickly.

Working with the best developers and allowing creative freedoms

The panel also looked at how they can work with the best game developers and allow them the freedom to do what they do best, all whilst working within the confines of a specific IP. Taking filmmakers as an example, it was noted that they often own the IP for a specific vision and sometimes have to be persuaded to allow developers to translate those IPs in to the game space.

Where there is a big library of IP to play with, the ability to court the best developers is increased. In fact, one member of the panel stated that they were able to scour the globe to find right people who have the right vision, passion and creative team. However, there is no ‘one size fits all’ approach to creating the right team.

To allow developers freedom to have their own voice, the panel agreed that you must provide them with as much insight in to underlying IP as possible. By way of example, the developers for ‘John Wick Hex’ were able to sit down with the creators of John Wick to understand what makes John Wick. Not only this, but they were able to participate in martial arts training, with the same trainer as Keanu Reeves, to really understand the character and ensure that the game is true to that vision. If you want to have creative freedoms, then you must have a close collaboration between creative teams on IP franchises and game developers.

Of course, not all IP owners are happy in giving creative freedoms and the levels will depend on the particular property. However, the panel felt that if you are upfront with developers about the rules and limitations from the beginning, then this allows for smart decisions in adapting a film in to a game. You also need to consider the specific landscape at the time. Returning to John Wick, the game was being developed at the same time as John Wick 3. Therefore, the developers had to make sure that the actions happening in the game didn’t have a material impact on the film – for example the game does not refer to timelines.

A well thought through process

Another key point raised was ensuring that the whole team, being developers and IP owners, partner effectively from beginning. All of those involved need to know what is key to the particular story world, what do the audience love, what do they engage with, what aspects are being kept the same and what are changing. It was agreed that the process must be well thought through from the very start.

Where you are building a new IP from scratch, there are undoubtedly different challenges. The panel felt that new IPs are constantly looking forward to where the game is going. Whereas established IPs are looking backwards to the history behind the story. When building a new IP it is important to have a long term plan with unifying visions and themes. One panel member commented that they are now doing some things six years down the line which were thought about during the beginning stages.

As a final comment, one of the panellists advised viewers to look for new mediums when starting out – do not try to compete with million-dollar companies at the outset. The key point was to start where you can be competitive and be different.

Major movie studios, television networks and gaming studios have increasingly embraced the notion of storytelling across mediums with a focus on building long-lasting entertainment franchises that engage audiences through the artful and well-planned use of multiple-media platforms. The panel will discuss the important role that games and interactive entertainment are serving as a means of connecting people during the current quarantine period and how that dynamic is likely to change the role that game play and interactivity will play in the future development of entertainment franchises. 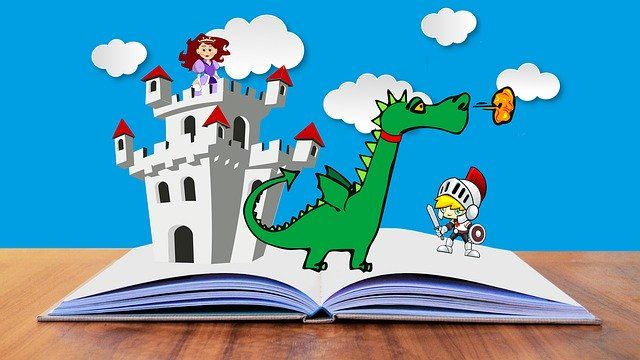